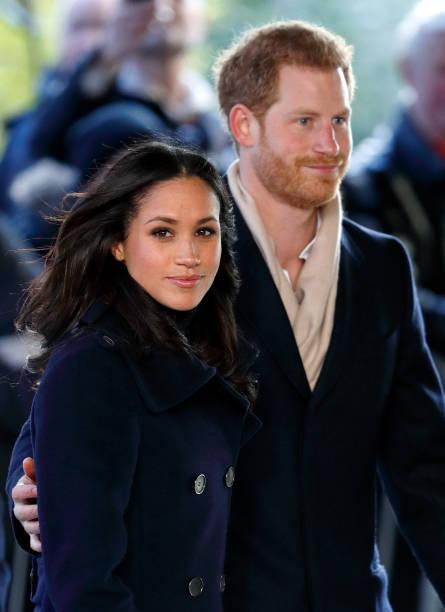 Her Majesty The Queen walks away sad from her beloved grandson, Prince Harry and his family. She makes it known when saying, “Harry, Meghan and Archie will always be much loved members of my family.” Her decision to set them free, as they had so desired and demanded, were officially announced on 18 January in Royal.Uk. https://www.royal.uk/statement-her-majesty-queen-0

Her Majesty The Queen sets a somber tone when she refers to Harry, Meghan, and Archie in the past tense, but her message is very clear in that Harry, Meghan and Archie have been cut loose … set free to live an independent life away from royal duties.

In agreeing to the transition, the following consequences have ensued: (1) to relinquish their HRH titles, (2) to invalidate their trademark Sussex Royal, which remains in limbo because Harry and Meghan were entitled to use it when they were serving the monarchy, and (3) to pay back 2.4 million pounds for the renovation of Frogmore Cottage. They will also have to pay rent to continue to live there.

In the mean time, the couple’s Instagram account and website sussexroyal.com may have to come down or be rebranded. Harry’s military title will also be relinquished. But on the upside, he will be able to maintain ties to the Invictus Games.

Meghan’s father also shared his take on the situation. He feels sad and believes his daughter has made a mistake. He emphasizes that she had it all, and now she and Harry are lost souls. He continues to add that Meghan got what every girl ever dreamed of, that is, marrying her prince charming and joining a royal house, such as the House of Windsor.

Everything, however, was blown to smithereens when their plans backfired for not having to follow the directive of Her Majesty The Queen (i.e to not publicly announce their plans until it was finalized and approved by Buckingham Palace).

Harry has since announced a heart-wrenching statement on Sunday at a charity event in London. https://www.cnn.com/2020/01/21/world/prince-harry-vancouver-island-intl-gbr/index.html

On Tuesday, 21 January, Harry left the UK and joined his wife and son in Canada. Harry did take a bold ‘leap of faith,’ as he so stated at the charity dinner in London. Best wishes to them, and may they find peace and happiness.

View all posts by A.M. Bonner